Hunting in the Netherlands 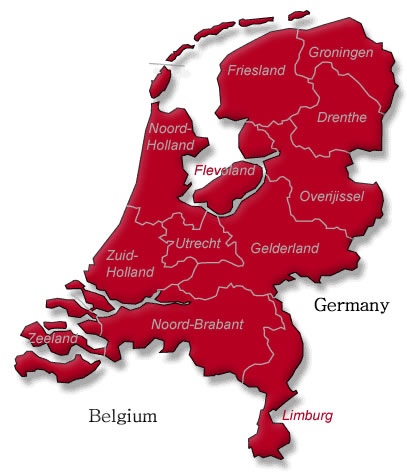 In the Netherlands a lot is changed in the year (2002) for the hunters. Since 1 April 2002, we have the Flora and Fauna Act, in which we only have 6 game species (1 protected and 5 huntable). Only the hare, mallard, pheasant, pigeon and rabbit are nowadays huntable game-species.

The new Act makes a difference between hunting (= wise use of the 5 game species) and damage control. For damage control, by example geese damage, you need a license.

The hunting rights belong to the landowner. He can transfer these rights entirely or partly by rent.

As far as territorial waters and governmental grounds are concerned the usufruct of hunting also belongs to the owner (Ministry of Finance or Ministry of agriculture, Nature Management and Fisheries) who can let out these rights.

Hunting requires a hunting licence. The licence has to be renewed annually. Each year approximately 30.000 licences are issued.

This licence will be granted if the applicant:

Hunters in possession of the latter are obliged to pass a practical examination in Holland), is able to prove that he has an opportunity to hunt in a certain area.

Hunting grounds must consist of an adjoining area of at least 40 ha., have a width of at least 300 meter and it must be possible to describe a circle with a radius of at least 150 meter in this area.

All netting, trapping etc. is prohibited. Some kind of live-trapping is allowed with a license for pest species. Registered duck decoys may catch some species of duck during the open season.

It is not allowed to own a gun without a permit. In the Netherlands the gun permit is incorporated in the hunting licence. It is prohibited to use air rifles for hunting.

Hunters from abroad can get a Dutch hunting licence under the same conditions as Dutch hunters i.e. they must have passed an approved hunting examination. Visitors on a personal invitation from a Dutch hunter can also get a special licence for six consecutive days. They can only use this licence when accompanied by a resident hunter with a normal licence.

Residents of the European Union will need a European Firearms Pass to bring their weapons into the country. The costs for a normal licence is (2002) € 85. Of this amount a substantial part will goes to the “Faunafonds”, which receives most of its finance from hunters and which can – under circumstances – pay crop damage by game and other wild animals.

In case of improper conduct it is possible to revoke the licence by judicial judgement. The right to hunt is automatically lost if the hunting licence has expired.

In the Netherlands hunters have a general obligation to maintain or create a reasonable stock of game. There are no bag limits.

There are no areas in which hunting is freely available to everyone.

Commercial based hunting is possible in the Netherlands, but not normal.

Big game may only be shot with rifles with the following ammunition : red deer, fallow deer, wild boar and moufflon: bullets of a caliber not smaller than 6,5 mm of which the impact energy at 100 meters of the barrel end (E100) is at least 2.200 joules

The use of military ammunition (full metal jacket) and bullets that do not deform on impact is prohibited. The use of lead shot is also prohibited as is the use of silencers, artificial lights on the weapon. Automatic or semi-automatic guns of which the magazine can hold more than 2 cartridges may not be used.

Residents of the European Union will need a European Firearms Pass to bring their weapons into the country.

In the Netherlands, hunters are obliged to maintain or create a reasonable stock of game, but there are no bags limits.

There are no regional differences in open seasons. In general, night hunting is forbidden. No shooting is allowed on Sundays, New Year’s day, Easter, Whit Monday, Christmas, Boxing Day and Ascension Day. Moreover, there are restrictions for hunting under unfavourable weather conditions and other circumstances.

A Game Management Unit (GMU) is an area of at least 5.000 hectares in which the local hunters participate. The GMUs issue a Game Management Plan according to which all hunting should be conducted.

The GMUs are generally recognized by the government and receive the necessary permits i.e. for shooting big game, or for shooting in the closed season to prevent crop damage. The GMU is responsible for re-issuing these permits to the hunters involved.

Not shooting according to the Game Management Plan may result in a procedure for the Disciplinary Council, who can advise the head of police not to renew the hunting licence.

In general no hunting is allowed between sunset and sunrise. No shooting is allowed on Sundays, New Years day , Easter and Whitsun Mondays, Christmas, Boxing Day and Ascension Day. More over there are restrictions for hunting under unfavourable weather conditions and other circumstances.

!!!! Since there is no hunting with hounds and horses in the Netherlands, the word hunting is used for shooting game with a gun or rifle!!!!!

Imports are subject to veterinary controls.

For trophies of species listed in the Washington Convention (CITES), an import permit is required.